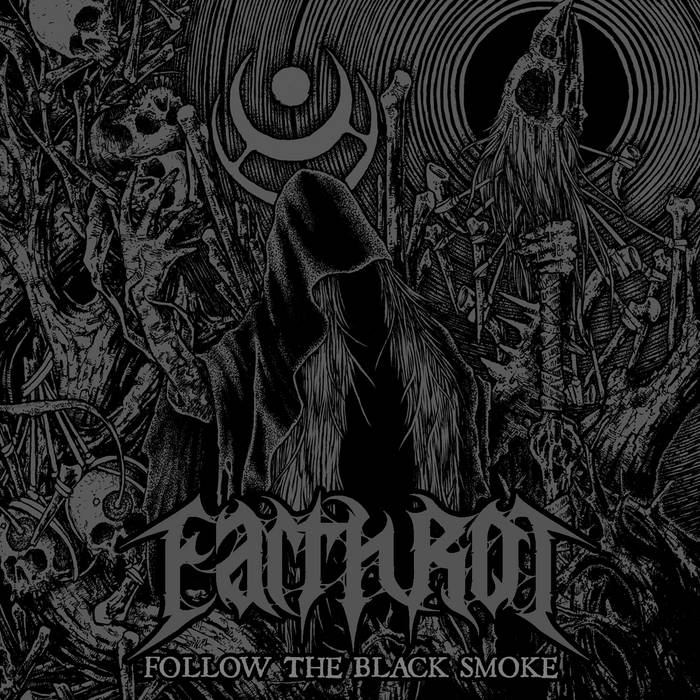 Follow the stench into the deep
Drawn in by the lingering, dark,
sour reek of impending death
Use the craft to perform the duty
The unquenchable thirst, the miasma of rot.

Surrounded, completely.
It speaks, it calls.
From the filth it stretches into her nostrils,
The demands of Mors are binding.
Death and nothing more.
The thirst floods the mind,
Incontestable urges, the hunger engulfs the body

Inescapable as the hunger of the wolf
The hunger not of body but soul
Taken by moonlight, delivered by the witch
For the privilege of life and the curse of time

Follow the stench into the deep,
Drawn in by the lingering dark,
The sour reek of impending death,
The demands of Mors are binding.

The limitless anger of the great antiquity
The hunger not of body but soul,
Taken by the moonlight,
Delivered by the witch.